I wasn’t exposed to the greatness of Indiana Jones until recently when I watched the original trilogy with Ham as research for this post. I’m still waiting to see the Kingdom of the Crystal Skull but time hasn’t permitted and I’ve been distracted by Cobra Kai on YouTube. Mercy is for the weak. 🤣

Anyhoo, I became an instant fan of Indiana Jones after the epic opening scene of Raiders of the Lost Ark. Wow! Within minutes, I was introduced to Indiana Jones in a hip fedora and leather jacket with a whip in hand. He just happens to avoid all the booby traps and does so while looking cooler than Han Solo. 😎 Imagine that! The film is chock full of twists and turns and the campy jokes are pure ‘80s genius. How did I miss this movie my entire life?

In 2008 and 2009, Lego released five Raiders of the Lost Ark sets that captured every major action scene and the build of these vintage sets felt very much like watching a film that’s nearly four decades old. Some of the pieces were stunning as they aren’t standard for Lego anymore. For instance, the Fight on the Flying Wing (7683) includes a 17 1/2-inch wing for the aircraft’s main assembly. Nowadays, Lego wings are constructed piece by piece and connected to a plane’s body by technic parts.

I ran down the hall to share this unusual Lego piece with Ham. It was an abstract reminder of my childhood and reminiscent of the Lego sets that I built and played with as a kid. As I wax poetic about the Indiana Jones oldies, it’d be unfair not to share so, in addition to our minifigure gallery, we’re adding images of the Raiders of the Lost Ark sets to help visually convey my words. And let’s be honest, photos are more fun anyway. Can you spot the Star Wars Easter eggs? 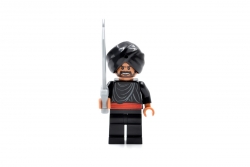 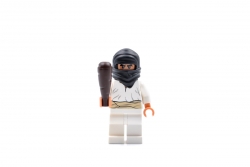 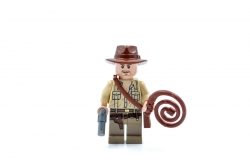 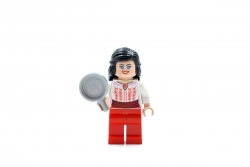 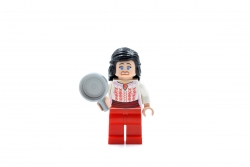 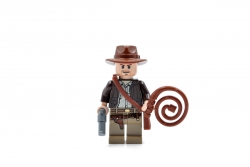 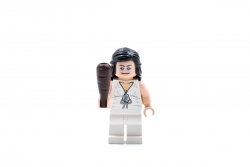 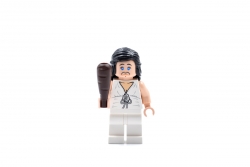 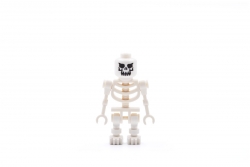 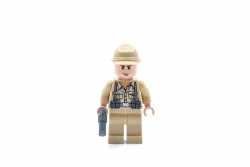 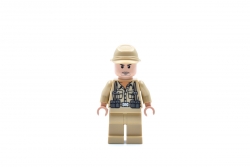 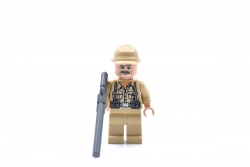 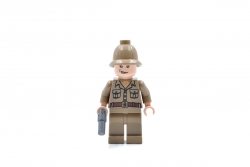 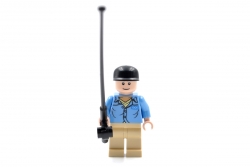 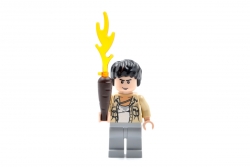 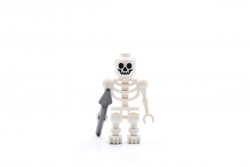 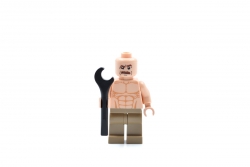 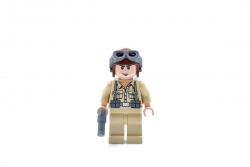 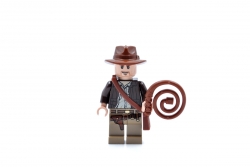 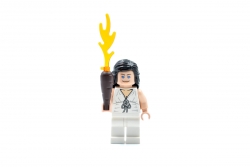 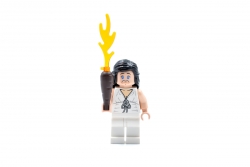